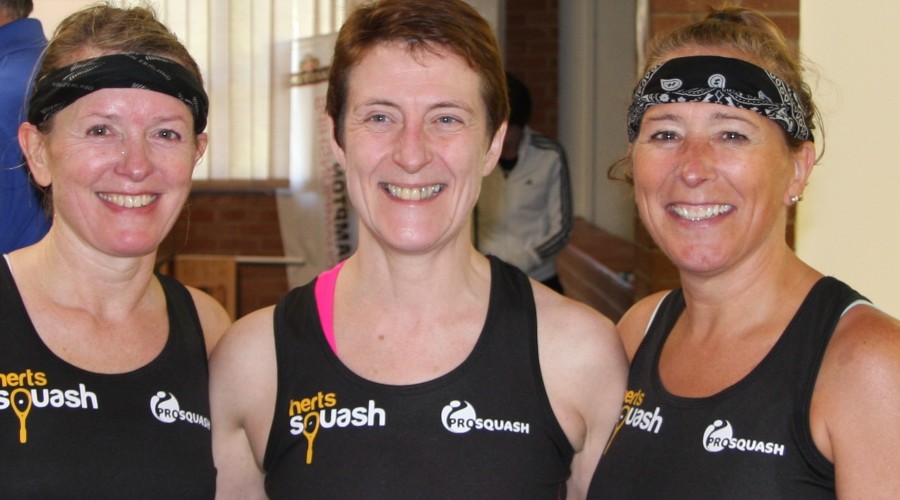 The ladies O50 played at Broxbourne on Sunday.

Our first match against Surrey II went well with all three of us winning for a 3-0 victory. We knew that we had a tough match in the afternoon as Kent won O50 last year.   However they were slightly weaker on Sunday as their No.2 had broker her arm.   Sheila went on at No.3 and won her match 3-0.  Isobel went on against Mandy Akin coming back from injury and so did have a slight chance.  However the Kent No.1 gained confidence throughout the game and Isobel lost 3-0.  So it was down to Maureen to beat Kent No. 2 Karen Hume who had just won the World Masters O55.   Maureen played a fantastic game and had match ball in the fourth but agonisingly couldn’t get that one point, lost that game 18-16 and lost 15/11 in the fifth.  So close.. Herts might have another chance in the Stage 2 matches.